For over 30 years, Lucido Fine Jewelry has exclusively been a part of making memories in countless family milestones.

Brothers Vincent and Joseph Lucido began working in the Jewelry Industry in 1980, learning the jewelry trade from Detroit’s most successful retailers. Developing a reputation for hard work and commitment, the brothers began selling, creating, and repairing jewelry for one of the city’s oldest and most trusted family jewelers. The original store was founded in 1928 in the heart of Detroit by Dilorenzo DeMas, and Sam Ripepi, and was known as DeMas Jewelers. A time arrived when the owners were ready to retire and decided to sell the business to the Lucido family, who shared parallel traditions in business and family values. In 1987, Vincent, Joseph, Jr., along with their father, Joseph, Sr., acquired the historic family business and for the first time ever, became known as Lucido Fine Jewelry. From the beginning, and continuing today, Vincent and Joseph as brothers, partners, and owners, participate in the daily operation of their stores.

With dedication and good fortune, they outgrew their original location, which was located in a small shopping center. Even after remodeling and acquiring additional retail space, their clientele and reputation grew as Metro Detroit’s premier family jeweler. This created a much greater opportunity for the Lucido’s investment in the future. 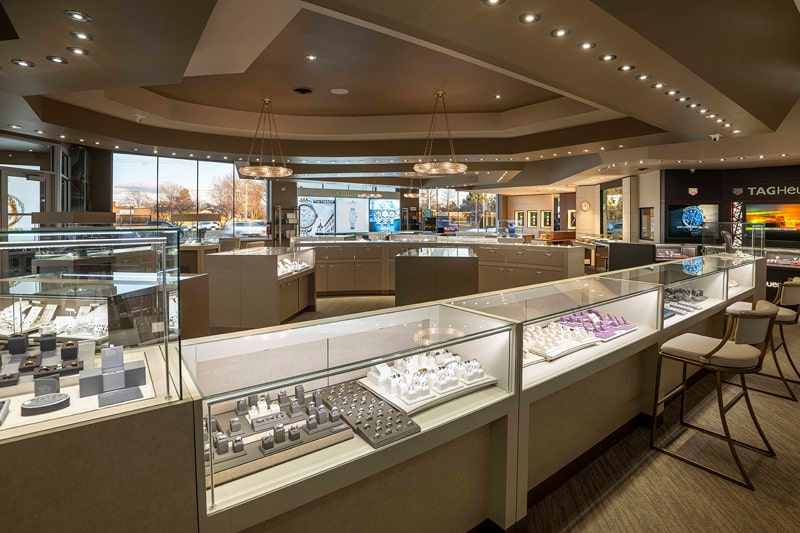 By 2000, the Lucido family custom designed and built their freestanding flagship store in Sterling Heights, Michigan. A famed local architect, who specialized in high-end jewelry boutiques, designed the store. This decision launched Lucido Fine Jewelry to a new level of sophistication, customer service, and paved the way for brand names such as Rolex, Breitling, Tag Heuer, John Hardy, Hearts on Fire, Tacori, and Ritani. 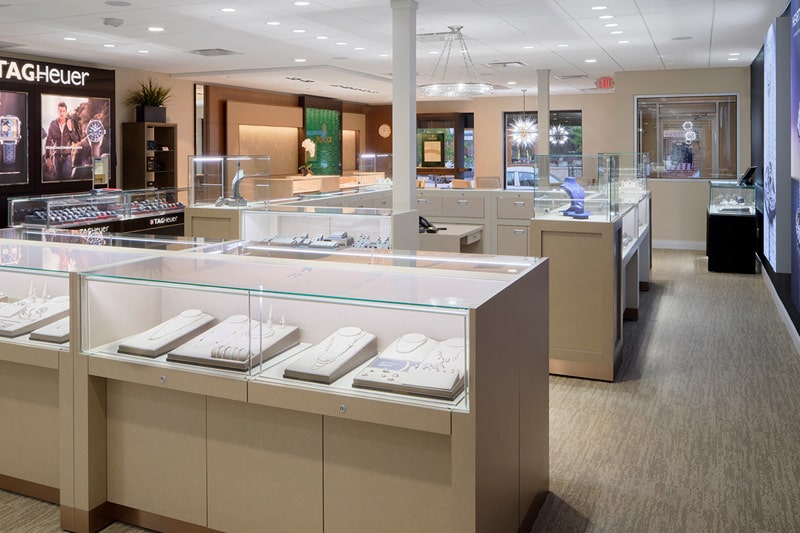 In 2006, Lucido Fine Jewelry opened their doors in the affluent area of Downtown Rochester, Michigan. The location was strategically selected in partnership with Rolex in Rochester’s premier shopping district. The downtown area features seven square blocks of restaurants and retail/boutiques. Rochester was already home to numerous jewelry stores, however, Lucido Fine Jewelry was able to expand their reputation of quality, service, and commitment to the community’s clientele by consistently demonstrating their business principles. The Lucido heritage continues to grow, and when the opportunity to open a new store in downtown Birmingham presented itself, Vincent invited his sister, Frances, to join the family business. The “Crown Jewel” of Lucido Fine Jewelry opened in November, 2015 in Birmingham, Michigan. The Downtown community was chosen because it is among the most affluent suburbs in the Detroit metropolitan area. It also was predicated by our unyielding alliance with Rolex. The Lucido brand and method of business was perfectly suited for this high-end, boutique style shopping area. By staying committed to our mission, we have been afforded the opportunity to grow our single store into three locations. Vince and Joe Lucido opened our Sterling Heights flagship store in 2000. In 2006, we proudly opened our downtown Rochester store with the help of our managing partner, Matthew Wenner. Vince and Joe’s sister Fran joined the company in 2015, opening our downtown Birmingham store that November.

Early in his life, Vince developed the principles of success from his father, Joseph Sr., who set the stage for the family by serving the community through a lifetime of hard-work, quality and integrity. Vince was introduced to the jewelry industry in 1980 as runner earning $4.00 per hour, never realizing it would turn into a lifelong career from such a humble beginning. Over time, Vince understood the nature of the Jewelry business was a very personal one. “We are in the relationship business, and have been blessed to experience the journey of so many lives”. Our first time clients often begin as just because gifts, which can lead into a proposal, followed by marriage and countless milestones. The sincere beauty is witnessing the next generation that follows and shares along in the family tradition.

Beginning his career as a Jeweler, Joe apprenticed under various craftsmen learning the fine arts of diamond setting and jewelry repair. It was that time on the bench that enabled Joe to communicate the mechanics of jewelry design and manufacturing to the consumer. Specializing in designing, Joe is well known for his free hand drawing, and one of a kind custom designs. On his off time, Joe is an avid outdoorsman and loves to spend his free time with his family at his cabin fishing.

A strong work ethic and drive have always been a large part of Matt’s character. Pairing these qualities with his love of family, friends, and helping others, make Lucido Fine Jewelry the perfect place for him to find a home. Being able to talk to clients and work with them to find the perfect pieces to celebrate life’s special moments is a job that never feels like one. Outside of work, Matt enjoys spending time with his wife Molly and their two children. He is an outdoor enthusiast who enjoys boating, fishing, hunting and hiking.

Fran’s passion for supporting charitable and civic causes on various levels have always been a priority in her life. Her love of family and community are ever present in her smile, bringing joy and laughter to one and all. Co-founding Lucido Fine Jewelry of Birmingham in 2015 was a natural next step. Fran combined years of event planning, creative talent, and organizational skills, by serving open-hearted causes all under one roof. Today, Fran also serves as a Director of Angels of Hope, a Family Cancer Foundation, which began in 2005.

OUR JEWELRY AND WATCH DESIGNERS

This website uses cookies so that we can provide you with the best user experience possible. Cookie information is stored in your browser and performs functions such as recognising you when you return to our website and helping our team to understand which sections of the website you find most interesting and useful.

These cookies are required to run available services and to provide basic shopping functions. These cookies are exempt from consent according to exceptions provided by Article 82 of the Data Protection Act.

If you disable this cookie, we will not be able to save your preferences. This means that every time you visit this website you will need to enable or disable cookies again.

These cookies provide a custom experience on our website. For example, we use Google Analytics to collect anonymous information such as the number of visitors to the site, and the most popular pages. Keeping this cookie enabled helps us to improve our website.

Please enable Strictly Necessary Cookies first so that we can save your preferences!